Diversity in the legal profession

This is our second report of workforce diversity in solicitors' firms across England and Wales, setting out a profile of the profession in 2013/14. 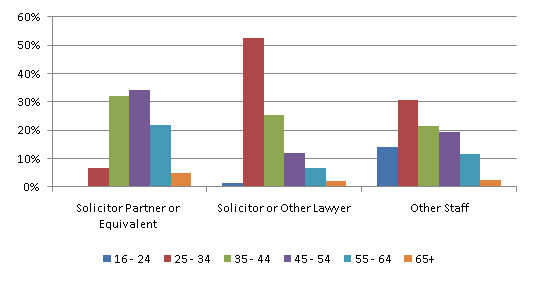 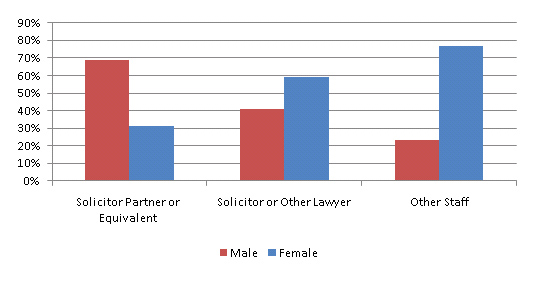 Figure 3: Individuals with a disability according to the definition of the Equality Act and individuals whose day to day activities are limited because of health problem or disability. 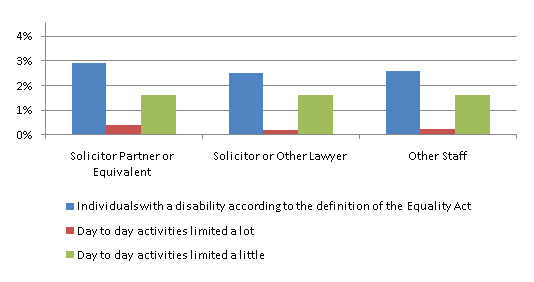 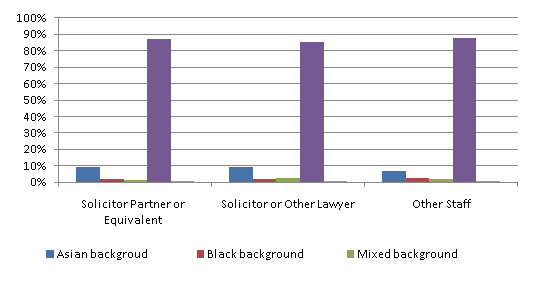 Figure 5: What is your religion or belief? 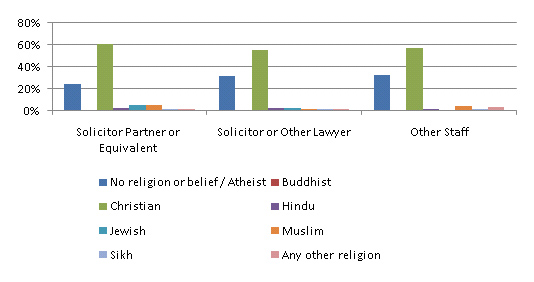 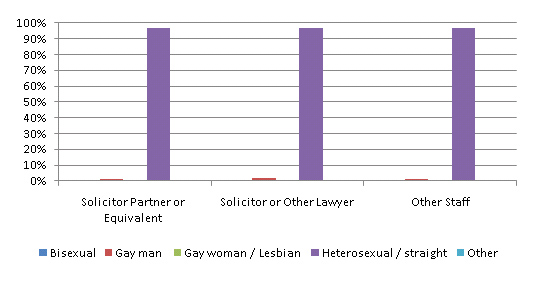 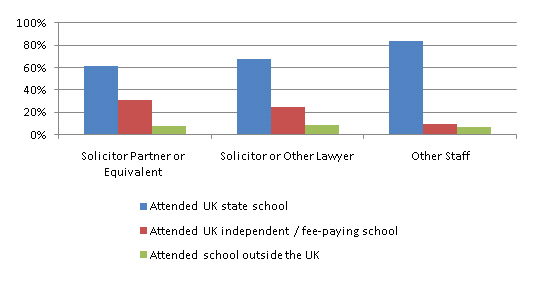 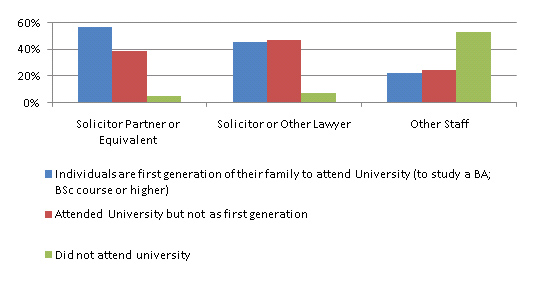 Figure 9: Individuals with primary carer responsibilities for a child or children under 18. 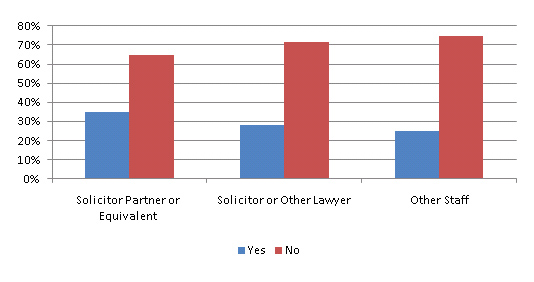 Figure 10: Individuals who give any help or support to family members, friends, neighbours or others because of either long-term physical or mental ill-health/ disability or problems related to old age 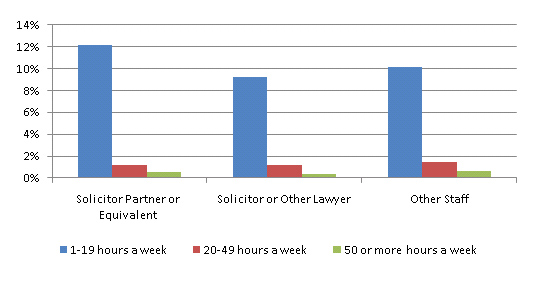 Appendix 1: The role categories against which the diversity data was collected

In the graphs we have amalgamate the roles into Solicitor Partner or Equivalent, Solicitor or Other Lawyer and Other Staff. The table below sets out the role categories included in each group.

Appendix 2: Ethnicity categories in the survey

The two tables reflecting the disability questions and the table reflecting the question about help and support given to others are set out differently. This is because there was a large number of individuals answering these questions who did not respond. For these tables we have set out the total number of individuals working at the firm in the first columns. The remaining columns are expressed as a percentage of the total number of individuals working at a firm and as such will add up to 100%. NB Occasionally the percentages will appear not to add up to 100%, this is due to rounding.

Individuals whose activities are limited because of a health problem or disability which has lasted, or is expected to last, at least 12 months

Primary carer for a child or children under 18

Individuals who give any help or support to family members, friends, neighbours or others because of either long-term physical or mental ill-health / disability or problems related to old age.